VFW Post 3267 was officially established on April 14th 1935 with 27 members listed on the charter. On August 29th 1935 The Ladies Auxiliary was granted a charter with 28 members listed.

In 1969-70 a "New building Committee was formed and the plans for a new building were underway. In 1970-71, the piece of property at  1133 Hickory Ave in Harahan La was chosen as the site of the new building. On July 5th 1972 a Perpetual Post Charter was received with 25Life members listed. In late 1972 and early 73, pilings were sunk, slab poured and building blueprints were open to bids. In November 1974, the new building was finished and in December our Commander Wally Hymel holds the first meeting in our new home!! It was in March of 1975 that a formal dedication of the new home was held.

In March of 1981, our Commander Alvin Guillot presided over a program to celebrate the release of the 52 hostages. Later on that year the picture that was featured on the cover of the VFW National Magazine was of our flags proudly flying over the post during that celebration.

May 2nd 1984 the Military Order of the Cooties was awarded their Charter.

In 2005, following Katrina, a flag from the State of New Jersey flew next to our sign that read "Hall rentals-Wedding Parties. Inside the hall there were no signs of a party going on. Instead New Jersey Police Officers sit clustered around folding tables, hunched over laptops pouring over maps of the northwest corner of New Orleans, in an effort to assist with rescues from the tragic event.

On December 2012 Chalmette National Cemetery participated in "Wreaths Across America" for the first time.

Here we sit today with our proud heritage, honor and patriotism. We honor those who have paid the ultimate price and those who have dedicated so much of their lives to this Great Country we call the United States of America!! We will continue to dedicate our time and energy to make sure our Country and Communities are a wonderful place to live. We will always watch out for our fellow comrades and we will never leave anyone behind.

Thank you to the following who support our Veterans. Click on the logo(s) below for more information. 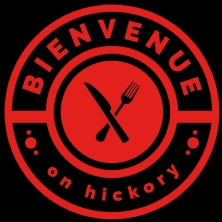